Many people consider meditation to mean a worship or prayer.
Nevertheless, this is not right, meditation simply means awareness. It has nothing to do with religion.
Because meditation has many of benefits it had been incorporated with in the religion, so people with start
to exercise it daily.

.
Anything that you do that involves awareness is meditation. Taking note of your breath is meditation.
Paying attention to the chirpings of the birds is also meditation. So long as these activities are devoid of
any other disturbance to the mind, it is a proper meditation.

.
Meditation is not simply a method but a way of life. Meditation means putting on hold the thought process.
It depicts a state of consciousness when the mind is free of uncoordinated thoughts and various patterns.
The one doing meditation realizes that there is only one activity taking place in the mind.
A scientist who wanted to test the physiological functions during deep meditation monitored a Tibetan
Lama on a brain scan machine. The scientist found out that the Tibetan Lama could go deep into brain
relaxation and that confirmed its meditation.

.
Nowadays people view meditation as a form of spiritual exercise where a person sits down, closes the eyes
and voids the mind the mind in order to attain an inner peace, relaxation or even an encounter with the
Supreme Being. Others also refer to some other activities they do as meditation. For instance, some view
gardening, jogging, art or music as their meditation. This only leads to a further misunderstanding of the
meditation exercise.

.
The word meditation originated from two Latin words: meditari (to think, to dwell upon or to exercise the
mind) and mederi (to heal). Its Sanskrit derivation ‘medha’ means wisdom. Quite a while back, meditation
was viewed as an exercise that was not practiced by modern people, but now all sorts of people embrace it.
Various scientific and medical studies have confirmed its numerous benefits, but it still needs to be studied
further for full understanding.
Ancient classical yoga texts explain that to reach a true state of meditation, one has to pass through a number
of stages. Preliminary preparations include proper personal and social code, physical position, control of
breath and relaxation. They are followed by more exceptional stages of concentration, contemplation, and
finally absorption. However, it does not mean that one has to go through one stage perfectly in order to
proceed to the other. Yoga is an integrated process that combines all the small processes.

.
Many people refer to those processes singularly as meditation. There are a number of schools that only
teach relaxation methods, concentration while others teach free contemplative activities like just sitting and
awaiting absorption. Some people regard it as meditation without giving credit to yoga for fear of being
labeled ‘eastern’. However, yoga is not a western or eastern affair since it is universal in its approach and
application.

.
With regular practice of a balanced series of methods, the energy of the body and mind can be liberated and the quality of consciousness expanded. This is not a subjective claim but is being monitored by the scientists and being exhibited by an empirical fact. 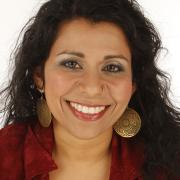